Most of my readers know I come from a strong Christian background. My faith plays a huge role in the way I lead and the way I think about leadership.

But what happens when a faith-based or Christian leader gets tossed into a secular world? This may be you have been let go as an employee of the church and need to find employment in the traditional sphere of work or you have chosen to leave on your own. Or maybe you never worked in the church but you love God and are a Christian. 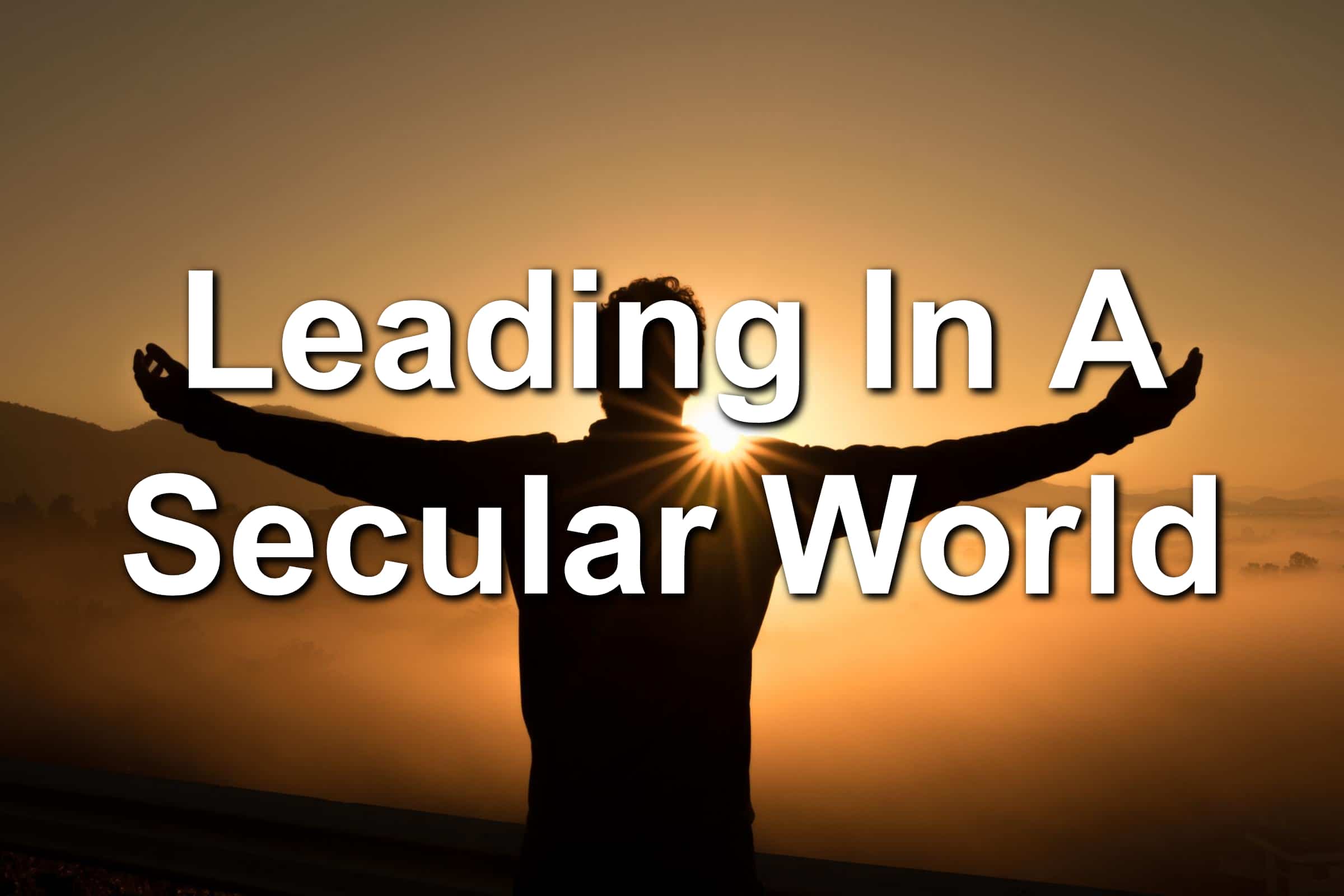 These situations can be tough. You know the world can be unkind to Christians. Many Christians believe they’re persecuted and made fun of because of their faith.

They can’t imagine what it would take to lead as a Christian in a secular business.

Let me tell you… It is possible. It is also a career path most Christian believers are called to.

Christians aren’t called to simply serve the church. Christians are called to serve and love the world around them. This means entering the workplace and leading with Christ-like principles.

Leading In A Secular World

To lead in a secular world, you have to know what you believe:

Many Christian leaders are tossed here and there because they don’t know what they truly believe. They will go from one idea to the other without considering the impact it has on their faith.

To lead in a secular world, you have to stand up for what is right:

This happens because there are Christian leaders out there who don’t live out their faith in the secular world. Instead, they behave exactly like every other business leader.

Their actions don’t align with their stated beliefs.

You can be a Christian leader who helps change this perspective. You do this by leading with your beliefs front and center. Show the world you believe in Christ and His words inspire your actions.

To lead in a secular world, you have to be willing to be hurt:

Whether you lead in a church or in a traditional business, being hurt is part of the leadership journey. You will be hurt. Sometimes badly.

I’ve led in both arenas. I’ve experienced hurt in both the church and in the secular world. Neither is a fun experience.

However, you can’t expect a pain-free leadership experience in the world. It doesn’t happen. We live and lead in a broken world. There will be pain and there will be frustrations.

What will make a difference is the way you respond to the hurt and frustrations.

To lead in a secular world, you will have to understand the people you lead:

The apostle Paul understood this. He shared in 1 Corinthians 9:20-23 the following:

Paul understood the people he was trying to reach and lead. He understood what they needed to see from him and he did those things.

Do you understand the people you’re leading in your organization? Do you need to do a better job at this?

Begin working on your personal relationships with those you lead. Begin to understand the people and you will be able to lead stronger than you have.

Follow Me
Latest posts by Joseph Lalonde (see all)
Share Tweet Share +1 Print Email
Categories: Faith, Leadership
Disclosure of Material Connection: Some of the links in the post above are “affiliate links.” This means if you click on the link and purchase the item, I will receive an affiliate commission. Regardless, I only recommend products or services I use personally and believe will add value to my readers. I am disclosing this in accordance with the Federal Trade Commission’s 16 CFR, Part 255: “Guides Concerning the Use of Endorsements and Testimonials in Advertising.”