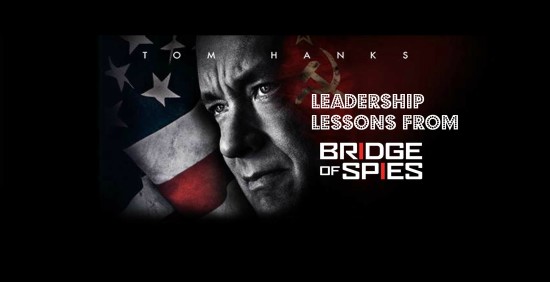 Bridge Of Spies spoilers below

Leadership Lessons And Quotes From Bridge Of Spies

Was Bridge Of Spies Worth The Cost Of Admission?

I’m not one that usually watches biographies or Cold War dramas, but this movie grabbed me and held my attention.

The cast was stellar. Tom Hanks shone as James B. Donovan. Mark Rylance brought a fantastic performance as he portrayed a Russian spy.

The imagery and music used set the tone perfectly.

Be forewarned, there was quite a bit of profanity used throughout the movie. If you can get past that, I thought it was well worth the trip to the theater.

Question: Have you seen Bridge Of Spies? If so, what leadership lessons did you see? If not, what was your favorite leadership lesson from my list or Brian’s? Let’s talk about it in the comment section below.