There’s a power that comes with feeling important. You feel like you can take on the world. When you speak, people will respond. The world is ready and waiting to do your bidding. 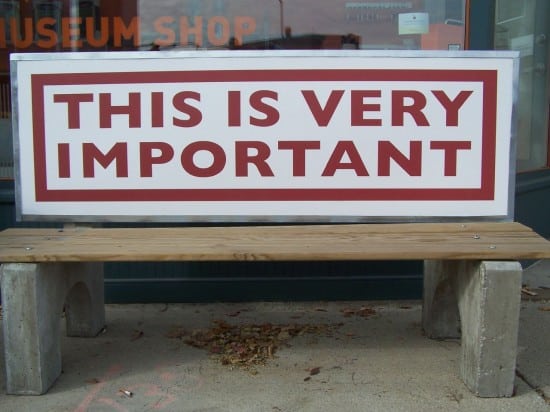 Many organizations have failed to realize the importance of making their team members feel like they matter. Or to make the company’s mission their own.

Having an employee show up and do the job they were given is more than most employers can even ask. Yet there’s one company who has created a culture that breeds this feeling.

I was amazed as I read a NY Times article regarding the loyalty of Apple Store workers.

The article discussed the pay of the employees and the culture of the workplace. Denyelle Bruno, a former Macy’s West executive and now an executive with Peet’s Coffee, talked about her experience with Apple.

Ron Johnson approached her with the proposition of joining the Apple staff. Telling her next to nothing about the job opportunity, she decided to hop on board.

Sounds a bit crazy, huh? But she had a reason. Here’s what she said regarding the offer:

“I had grown up using Macs, and if it involved Apple and I could be involved,” she said, “it made me feel important.”

The factor that led her to take the job was the fact it made her feel important.

Getting others to buy into your company is the key. When you offer a product and tell a compelling story, people want to be a part of it.

They’ll buy into whatever you’re selling. To the point of wanting to work for you.

But to be part of a company that they believe in.

How do you do this?

When you reward a team member with the feeling of importance they’ll go above and beyond their stated duties. They’ll shine because they know that you believe in them.

Question: How do you make your team members feel important? Please share your thoughts in the comment section below.