Share Tweet Share +1 Print Email
This is a guest post by Charles Singh. Charles is a published Comics News writer for
ScreenRant. He is also the Webmaster of ComicBookChuck.com, a site that champions creators and niche content. He enjoys working alongside Joseph and a team of talented writers to explore and analyze the topics he loves.

On June 2nd, 1984, Columbia Pictures shocked the world with the first installment of the Karate Kid franchise. It resonated on several deep levels for many Americans both young and old. Young Daniel moves to California from the East Coast with his single mother. He realizes there is a huge divide between the middle-class and upper-class communities despite their close proximity to each other.

Daniel (Ralph Macchio) gets into an ongoing conflict with one of the rich kids at his high school, Johnny Lawrence (William Zabka), when he befriends Johnny’s girlfriend Ali Mills (Elisabeth Shue). There’s just one problem; Johnny is part of the Cobra Kai dojo training under the ruthless Vietnam veteran John Kreese (Martin Cove). Kreese has taught his students to strike first, strike hard and be merciless in all things.

Daniel finds a mentor, father-figure, and karate sensei in the mysterious Mr. Miyagi (Noriyuki Morita), a veteran and war hero. Miyagi teaches Daniel many life lessons, including many of the secrets of Miyagi-do karate, an ancient martial art used for self-defense. Daniel is able to apply Miyagi’s teachings to overcome his fear and defeat the angry and aggressive Johnny Lawrence of Cobra Kai.

Several installments and a remake later, Cobra Kai has returned to the valley after decades because Cobra Kai never truly dies. In 2018 YouTube Red launched Cobra Kai, a series in which the tough and impulsive Johnny Lawrence is the protagonist. Still dealing with trauma from his Cobra Kai indoctrination by John Kreese, Johnny navigates the adult world and seizes the opportunity to help a struggling teen.

Miguel Diaz (Xolo Maridueña) is Johnny’s polar opposite before joining Cobra Kai. Johnny uses a variation of what he was taught to help Miguel defend himself from bullies, gain confidence and strike first (when reasonable). Johnny deviates from his karate education by teaching Miguel Mercy. Like Cobra Kai, John Kreese has unfortunately risen from the grave as well.

Kreese abuses his influence on Johnny to slither his way back into the dojo and constrict the minds of its many vulnerable students. Kreese’s manipulation turns many of the students violent and ruthless, reflecting Kreese himself after his experiences as a prisoner of war. =

Johnny sees the perversion of Cobra Kai by Kreese and decides to forge something completely new to save his students from suffering the same fate as the Cobra Kai senseis in their adulthood. Enter Eagle Fang karate, Lawrence’s perfect balance between dignity and mercy, self-respect and compassion.

Season 3 ends with 3 different karate dojos and schools of thought. There is the peaceful Miyagi-do, the violent Cobra Kai, and the proud Eagle Fang. 3 senseis, 3 entirely different approaches to life. Sensei LaRusso wants to instill fearlessness and focus in his students. Sensei Kreese wants an army of the most ruthless soldiers because he thrives in war. Sensei Lawrence is tired of seeing people pushed around and teaches his students confidence and mercy. 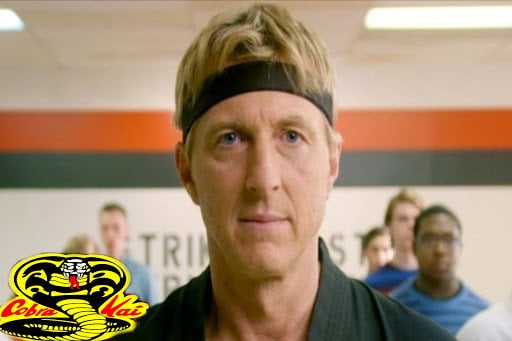 Respecting others is important, but a leader must also have dignity and self-respect. Though often misguided, Johnny attempts to teach his dojo that you can still gain the respect of others without being a bully. Good relationships are built on mutual respect, and people admire when their leaders value both themselves and their relationships.

Miguel, Hawk, and so many of Cobra Kai’s students lacked confidence before learning from sensei Lawrence. Everyone deserves confidence, and a great leader helps their team gain confidence by uplifting them. Lawrence is tough on his students, but only because he sees potential in them that they do not see yet. Unlike Kreese, Lawrence is a good leader because he does not truly believe anyone is weak. He just thinks they need a boost of confidence to perform and thrive as they deserve.

Despite the creed that Lawrence has lived by for so many years, he does believe in mercy. Adulthood has taught Lawrence that just because you have the power to break someone does not mean you should. Every good leader needs to understand that power is easy to abuse. An abuse of power can be something as simple as hurting a person’s confidence by shaming them instead of providing constructive criticism. When you are a leader, everything you say or do can have a deep impact on your team. If you hurt someone’s pride or feelings enough, there may be no reconciling. Every leader must recognize the emotional power they command in their position.

Lawrence’s brand of Cobra Kai karate teaches us that strength does not mean ruthlessness. Strength can simultaneously be presented in the form of self-confidence and compassion for others.