You are getting ready to meet with your team. There are big changes to discuss and you are the one informing your team.

It is a stressful situation. It can cause problems in your team if it is not handled properly.

Meetings like this can become heated. Feelings could be hurt. You could lose valuable team members.

Or the meeting could go great. You and your team may feel that your ideas were heard and that they were acted upon.

Let us take a look at three ways that a meeting like this could end.  Read more...

Marcus Buckingham recently released his newest strengths assessment. This new assessment is called StandOut and helps you focus on your strengths roles.

In his previous strength assessment tools, StrengthsFinder and StrengthsFinder 2.0 (based on the original StrengthsFinder test), you were given a broad picture of your strengths. It helped to define your style by giving you your top five strengths. However, the results were very broad and could be overwhelming.

The StandOut assessment defines 9 Strength Roles and reveals your top 2 Strength Roles. The results are narrowed and gives you a more accurate and focused assessment of your strengths. With these results, you can pinpoint and take action on your strongest areas of strength.

I was able to get a copy of the book and an access code to the strengths assessment from Michael Hyatt.  Read more...

In my last post, I talked about imagining more. Today, I would like to tell you how that can lead to more than you can imagine.

Let me tell you about a man named Elijah.

Elijah grew up in Uganda. His family was poor and could not provide a lot for him.

Elijah had no shoes until he was fifteen years old. The first time he ate a meal and actually felt full, he was 20.

Can you imagine that?

While he was still young, he married his wife.

Through a freak incident, Elijah inherited a piece of land. In Uganda, this meant promises for a better future and great opportunity. Elijah began to dream.

With $10, he and his wife decided they were going to move to the land they had inherited. At this time Elijah and his wife had four children.  Read more...

Image via Wikipedia/Imagination At Work

Today’s post is the first of a two part series about imagining more.

If not, pause right now and imagine what your organization will look like.

Okay, good. You are back . Now lets talk about what you imagined.

You have probably imagined some of the following features of your organization or business:  Read more... 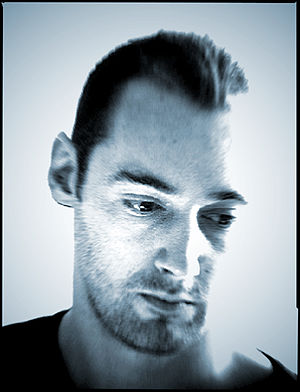 Someone asks you how you you are doing. Without thinking, you reply “I’m okay, good. Thank you.”

Even when things are not. We put on our masks and tell those we know a lie.

I have known a few people who would say they were okay but they really were not. They felt things were worse than they could admit.

A few years back, I ran into a former co-worker. I asked how he was doing. He said things were going well. Three weeks later, I learned he overdosed.

A young lady that attended our church put on the facade too. Things were good, she would say. We lost her to an overdose as well.  Read more...